Here Are The Differences Between CRAC and CRAH Precision Cooling Units 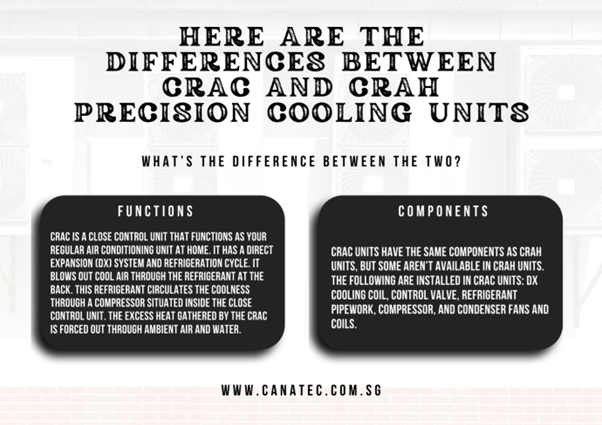 Are you familiar with CRAH and CRAC? Computer Room Air Conditioning (CRAC)and Computer Room Air Handler (CRAH) are both precision cooling units specifically designed for rooms with IT equipment. For instance, data centres, computer rooms, or tech support rooms. But it can also be utilised for other spaces, like an indoor market for agricultural purposes or farming crops.

WHAT’S THE DIFFERENCE BETWEEN THE TWO?

CRAC is a close control unit that functions as your regular air conditioning unit at home. It has a direct expansion (DX) system and refrigeration cycle. It blows out cool air through the refrigerant at the back. This refrigerant circulates the coolness through a compressor situated inside the close control unit. The excess heat gathered by the CRAC is forced out through ambient air and water.

While a CRAH is a type of close control unitthat functions for commercial or high-rise buildings. The cooling unit utilises a fan, control valve, and water coil to blow out air and, at the same time, remove heat. CRAH units do not come with a compressor, unlike CRAC. CRAH units are much more efficient as they consume less energy but take more heat. It is the primary reason why people opt for CRAH units.

CRAC units have the same components as CRAH units, but some aren’t available in CRAH units. The following are installed in CRAC units: Dx cooling coil, control valve, refrigerant pipework, compressor, and condenser fans and coils.

The primary difference between CRAC and CRAH cooling systems is how they eject the heat from within their system. As mentioned above, CRAC units emit heat through a refrigerant, while CRAH units release heat through chilled water and condenser water.

Feel free to contact Canatec for CRAH, CRAC, close control unit, or a sensing cable installation service in Singapore. You may visit their website to enquire now!

How to make the most of local SEO services

4 Signs That Your Retail Store Needs POS System In Singapore 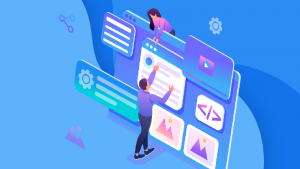