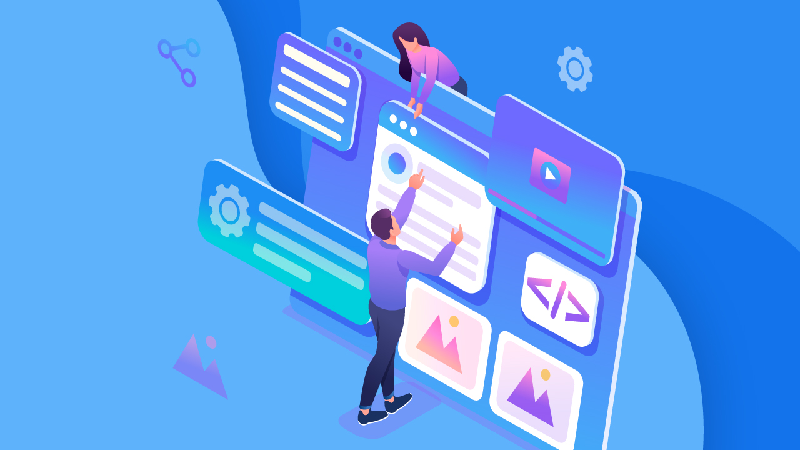 The year 2020 brings a few small-big changes in the field of web design. Some of them heralded the trends of last year, but some may surprise you. Li Creative Web Design Agency India has the best upcoming trends on web design.

In 2020, websites will have completely new forms. While in 2016 the standard distribution of content in 2 or 3 columns dominated, this year the trend is to deviate from all types of schemes. The layout of the content should surprise the user, but at the same time not deviate too much from his previous habits.

Despite the pursuit of innovation, experts predict that the use of the tile system will continue to apply. Organizing content in this way makes it more transparent and legible. Laying the content in a tiled manner reflects the natural automatic grouping mechanism that occurs in people, which is a necessary stage in both the process of perception and categorization.

Users of mobile tools have already got used to the tiled layout of content. And there is no indication that they would soon forget about it. The tiles still impress with their simplicity. Although according to experts, those present on portals have a slightly more complicated structure, they are a hybrid – they combine headers with a photo.

It should be remembered that the layout in the form of tiles also has its drawbacks, and one of them is the lack of hierarchy. All texts published in this form are equivalent.

A similar solution to tiles is the so-called cards (“cards”) most associated with the Pinterest portal. However, they differ from the previously described arrangement of contents due to the multitude of sizes and asymmetry (the sheets are usually not the same length). The advantage of this card layout is, above all, that it is easy to adapt to a responsive design.

Because the majority of Internet users are used to surfing on mobile devices, website designers are increasingly choosing to use solutions specific to the mobile version also on the desktop. One of the most common trends is to simplify the drop-down menu to a small icon, the so-called “Hamburger”, which appears more and more often on the screen of our computers. However, it should be remembered that the presence of a hamburger on a website whose target group is people who do not use mobile devices can be concerning. Therefore, the best solution is to combine a hamburger with a drop-down menu at the top of the page.

Navigation is more intuitive when pages can be scrolled. However, the current trend in 2016 to lengthen them because of this, is slowly beginning to disappear today. While long scrolling pages on the phone is not a problem, it can be quite boring in the case of the desktop version.

It is worth mentioning here “parallax scrolling”  (See example). By overlapping several images, one of which remains stationary, we get a sense of “depth”.

As you know, the main task of modern web design is to get the user to the page where he can convert as easily and as quickly as possible. That is why it is very important to place the CTA buttons properly. This year the so-called “Ghost buttons,” or buttons with thin borders and a transparent background.

So far, the creation of pages was primarily focused on its subject. Today, the key is to match the page to users who use it. Elements of a page intended for children should contain more colors, animations, and even different fonts!

The typeface starts to matter. In the age of information, users are starting to pay attention not only to what is written but also how. The “catchy headline” is no longer enough, it must also be visually visible today.

Currently, the Renaissance is experiencing a font reminiscent of handwriting.

His size is also important. The appropriately large typeface can be the main decoration of the page, which can replace even graphics. This typography is based on a mathematically established grid and can give staggering effects.

An innovative procedure is the use of typography on the breaks of graphics (one part of the text is on the graphics, the other on the background of the page).

What may surprise some is the fact that it is slowly beginning to move away from using stock photos. Today, original photos are considered more valuable, which presents the product in real or “from the kitchen” (eg “making of” photos).

On the main page, it is worth placing a large size photo, called “hero image” in the form of a background or slider, containing links to other subpages ( see example ).

A fairly new and rare trend is high-quality photos of imitating film frames, which contain small elements of animation.

However, the animations themselves are worth using for the increasingly popular storytelling.

Today, the most sought after design style is the so-called “Material design”, which has implemented its time Google in its applications. What characterizes this style? The extraordinary simplicity, which consists of marking the hierarchy of individual elements with the help of shadows. The determinant of “material design” is also vivid colors, a specific type of typography and simple icons.

Departing from a specific style, you can see a tendency to geometricity, vintage graphics, transparent elements or double exposure consisting of two superimposed graphics.

What are the pros and cons of starting a computer repair business?